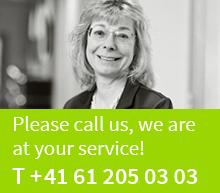 As head of the Federal Topographical Bureau in Carouge, Guillaume-Henri Dufour created a small marvel between 1832 and 1864.  The so-called Dufour map was the first official map to cover the whole area of Switzerland. The topographic map with a scale of 1:100,000, based on a survey, established the worldwide reputation of Swiss cartography and was honoured with several international awards. This map is also associated with a short story about Switzerland’s highest mountain. In January 1863, even before the founding meeting of the Swiss Alpine Club (SAC), well-known mountaineers and later SAC members requested the Swiss Federal Council to name Switzerland’s “highest peak” after the General and head of the Topographical Bureau, Guillaume-Henri Dufour. Just four days later, Federal Councillor Jakob Staempfli signed the corresponding order. This is one of the very few cases in which the Federal Council gave a name to a landmark: the “Dufourspitze”.

Brief episode: Churchill and the Dufourspitze

Like almost all Englishmen, the 20 year old Churchill had an ambition to climb the Matterhorn. Upon his arrivalin Zermatt, he heard that the climb to the top of the Dufourspitze cost only half compared to the Matterhorn, and was yet only a little less demanding. So he in the spur of the moment decided to climb the Dufourspitze. It was only when he arrived at the summit that he discovered he had unwittingly climbed the highest mountain in Switzerland!

Taking on challenges and tackling them with determination, while acting spontaneously and choosing the better alternative in order to achieve the goal and, in so doing, reaching the highest point – that reminds us a little of our own DUFOUR maxims…